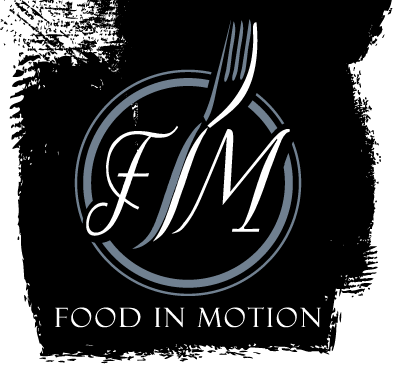 Anatomy of a Great Beer and What to Pair with It

Here at The Kitchen, we love beer. A lot. But we’re not the only ones. Typically made from malted barley, hops, yeast and water, beer has earned its place as the most-loved beverage in the world… second only to coffee. And maybe water.

Like grapes are to wine, water is to beer. Sort of. While it’s true that beer is mostly water, it’s really barley that makes beer what it is.

Barley is low in fat and protein, but really high in starch. To access the starch (and break it down into sugar for yeast food), it’s typically malted. There are different malting methods, but it essentially involves drying the grains to just before it’s no longer able to sprout - and then letting it sprout. The drying stops spoiling, and the sprouting (germination) releases malt enzymes, which breaks down the barley starch into sugar.

Then, the malted barley is mashed with water, heated, then drained. What drains is called “wort”, a runny, molasses-like liquid that will be turned into beer or used in cooking. The spent grains get rinsed and sold as feed (but can also be used in cooking!)

The wort then gets boiled, and hops are added. Hops are technically flowers, but they look more like young pine cones. They have tons of unique essential oils and resins that give different beers their distinctive taste and aroma - and are a huge driving force in the craft beer movement. Most people find hops to taste bitter, but different hops (fresh or dried) can add flavours like pineapple, grapefruit, white wine, earthiness, and grass. The earlier they’re thrown into the boil, the stronger the flavour!

The boil mix is then rapidly cooled, yeast is thrown in, and the fermentation starts. Different strains of yeast add different flavours, but often it’s a very subtle difference - the main thing is that the yeast eats the sugars, and gives off carbon dioxide and alcohol.

After about a week, the beer is cooled, filtered once or twice (although you can find unfiltered beer, particularly in local breweries), and then kegged or bottled. And then drank!

Not only is beer the best thing ever, but it often makes everything else taste better, too. With so many unique styles, types and flavours, you can often find the perfect beer for certain foods. We’ve given some pairing tips here, plus some of our local and Canadian favourites, too!

You’ll find that lighter beers, like lagers, lagered ales, and blonde ales go best with lighter fare - salads, sandwiches, raw fruit, chicken and fish. On the flip side, strong-flavoured foods need a strong beer to keep up with it - barbecue, chocolate cake, and strong cheese pair nicely with a porter or stout.

High-fat foods can be palate bombs. These extremely fatty foods coat your mouth, causing milder beers to get lost. Heavily-hopped (and wet-hopped) beers that are more bitter and fruity cut through fatty foods and make a great combo. Try an IPA, APA, or other pale ale with grilled meat, street food, and anything deep fried.

Spicy foods often need an equally formidable beer to go with it. For mildly spicy foods, any lager or light ale can be super refreshing and well-matched. For more sweat-inducing dishes, beers with more hops or body can cut through the heat. Darker beers like brown ales go well with spicy foods since they’re a little richer and more flavourful, too.

Dessert beers abound! From popular orange-flavoured wheat beers (think Rickards White or Shocktop) to intense raspberry- or chocolate-flavoured stouts, almost every dessert has a beer equivalent. Matching flavours too closely may be overkill - just like drinking hot chocolate while eating chocolate cake would be. But matching ish makes for great combos! Try pairing fruit salad with a light apple lager or a chocolate mousse with a coffee-hinting beer.

Having tacos? There’s just something so right about cracking open a Corona. German foods, like pretzels or bratwurst, match up fantastically with German-style beers. After all, that’s what they were brewed next to (probably).  If you’re struggling to find a particularly Canadian food to go with your local favourite, try donuts - a fresh bakery donut is heaven next to practically anything.

Try any of the beers above with one of our take-home meals! Our menus are made fresh with local ingredients in Aurora, Ontario. Come visit us and we just might recommend the perfect meal and a great beer just for you!